These Are the Best Snow Plow Memes
Advertisement https://pagead2.googlesyndication.com/pagead/js/adsbygoogle.js?client=ca-pub-1658728627906147 We’re not experts but we know in order to plow a road, the blade’s gotta be down. Right? Some towns around Schuylkill County could learn that lesson.

These gut-busting snow plow memes poke fun at the people who help get the roads clear after a winter storm … eventually.

All kidding aside, we understand it’s a dangerous job and often times, a thankless one.

If the internet didn’t meme about you, it means we wouldn’t care. But we do.

Something about this says Schuylkill County. Must be the Geo Tracker. 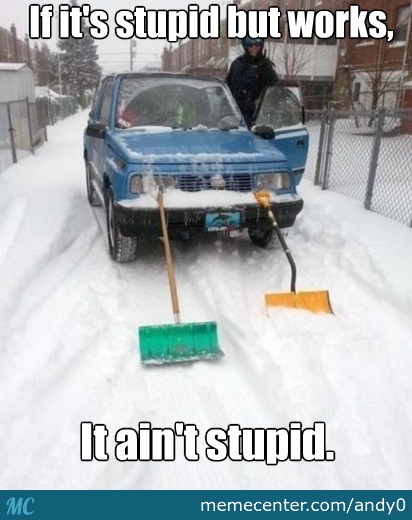 We can see this flying in New Ringgold. Still trying to figure out what’s happening in this one. Maybe he’s just waiting for the coal delivery. Other places don’t handle snow so well. So next time you think we’re doing a lousy job clearing the roads, consider the less fortunate. Speaking of the less fortunate … those poor socialists. Apparently, there’s a real political bent to a lot of snow plow memes on the internet. The irony is not in the perverted way of looking at snow plows as a tool akin to the hand of a socialist god. No, it’s that snowflakes are making snow plow memes. Yes, snow plows are, on the surface, a public service that could be construed as “social”. BUT, we don’t have snow plows because of socialism. If we were socialists, we’d have to eat the plows somehow. See above … In Russia, snow plows YOU. Because in America, we also have Chuck Norris. 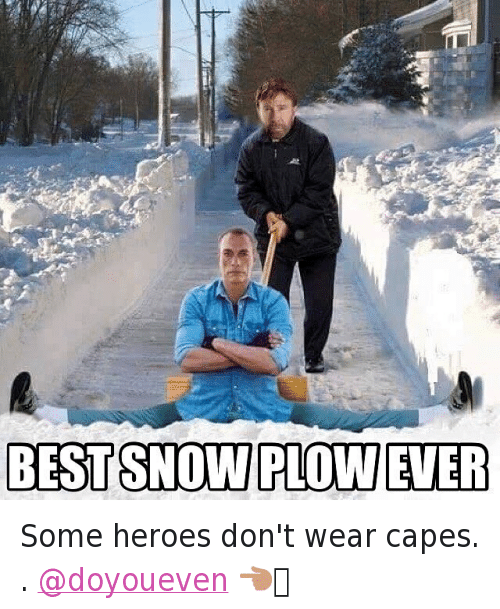 Enough political jibber-jabber. Remember when we all just made fun of snow plows? Those jerks! Those stores pass those costs on to the customers. They’re very clear about that. Yeah … do you remember? Way back to when this snow plow meme was probably made. We have the year 2009 on Line 2, sir. But right before we get any more snow plow drivers triggered, best to remind them that we did say we appreciated their work. You know how you have to tell everyone how appreciated they are these days. You’re all our heroes!