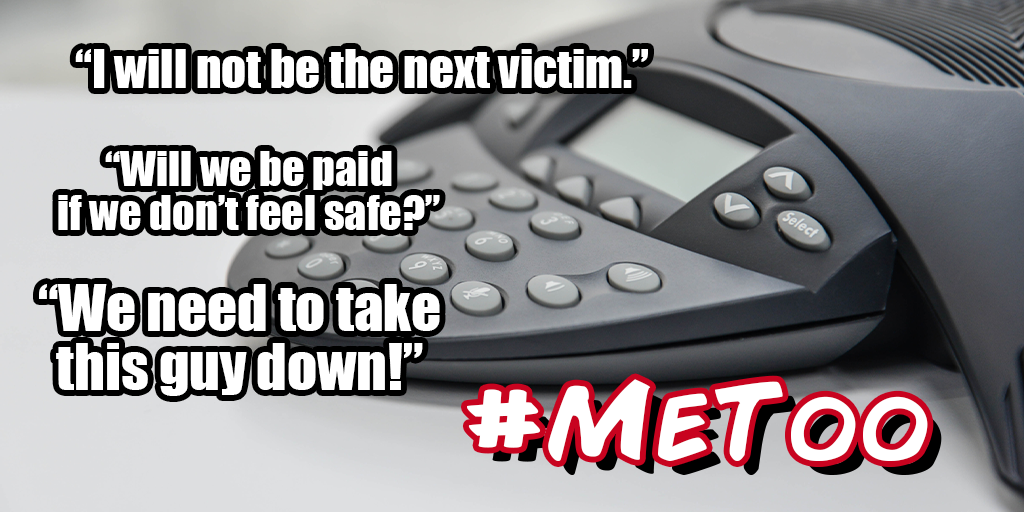 However, the women didn’t identify themselves. They all called in to the meeting’s teleconference session and spoke up during the second Public Comment portion of the meeting, near the adjournment.

People speaking at a public municipal meeting – including normally at Schuylkill County Commissioners meetings – are generally required to identify themselves by name and place of residence. That’s a little harder to police when meetings are held virtually, of course. But on Wednesday, the women speaking up against Halcovage said they feared retribution if they gave their names.

No one said anything to object to this abnormality, so they went on.

One caller said she didn’t want to turn up for work with Halcovage in the building at the same time.

“I will not be the next victim,” she said.

An internal investigation at the Courthouse found Halcovage violated 3 different workplace policies, including one on sexual harassment. An inquiry into possible criminal wrongdoing has been passed on to Pennsylvania Attorney General Josh Shapiro.

“We Need to Take This Guy Down!”

In the meantime, it appears will be hearing more stories like we did on Wednesday.

Since news of the accusations against Halcovage first broke a couple weeks ago, we’ve heard from several women who say they’ve been victims of Halcovage’s alleged workplace behavior in the past.

And the investigation that led us to this point now was prompted by more recent allegations against the Commissioner.

Calls have come from inside the Schuylkill County Courthouse to get Halcovage out of the building during working hours since he’s refused to resign, despite repeated calls for that, too.

Schuylkill Clerk of Courts says Halcovage “prowls” the hallways at the Courthouse looking for his next victim. At this same meeting, we also learned that Halcovage is basically confined to this office space within the Courthouse, only allowed out for bathroom breaks.

Halcovage denies the accusations against him.

Another woman on Wednesday who also claimed to be a courthouse employee asked if she’ll get paid if she doesn’t feel safe at work (with Halcovage there, too).

And another woman said, “We need to get this going and take this guy down!”