Here’s some more information on the Schuylkill County sports stars included in our quiz.

If you haven’t taken the quiz, be sure to do so before getting all the answers below.

The profiles are listed in order as they appear on the quiz: Mattes was born in Shenandoah and attended North Schuylkill High School. He then played for University of Virginia.

In 1985, the Seattle Seahawks drafted Mattes in the 7th round of the NFL draft. He played from 1986-92 with the Seahawks, Chicago Bears, and Indianapolis Colts.

Mattes appeared in 95 games, starting in 60. Litwhiler was born in Ringtown.

Though Litwhiler had an accomplished playing career, it was his work and innovation as a manager where he made his mark.

Litwhiler first invented the idea of using a radar gun for timing pitches. He also invented the substance that would later be called Diamond Grit. It’s used to dry out baseball infields quickly after rain.

The baseball field at Bloomsburg University is named for Litwhiler. A Slovakian immigrant, he eventually changed his named to Jack Quinn. His family settled outside Mahanoy City.

Eventually, he’d make his way to professional baseball and had a spot in the rotation of Connie Mack’s famed Philadelphia Athletics. In 1929, Quinn helped the A’s top the vaunted New York Yankees to win the World Series. Quinn won two championships and played in 23 seasons with 8 different teams.

He died in Pottsville at the age of 62. Flannery is easily the area’s most accomplished pro football player.

At Pottsville Area High School, Flannery was named MVP of the Big 33 Classic football game. As a senior at Syracuse University, Flannery made the All-America team. And in 1999, the Orangemen named Flannery, a center, to its All-Century team.

Flannery got drafted in the 2nd round (44th overall) in the 1991 NFL Draft by the team then known as the Houston Oilers. They’re now the Tennessee Titans.

His career started out well but soon was hampered by injuries. In his final year in the league, with the St. Louis Rams, he spent the season on Injured Reserve while his team went on to win the Super Bowl. Senesky was born in Mahanoy City in 1922. He later attended St. Joseph’s University. In 1943, Senesky was named a first-team All-American and was the Division 1 scoring leader in the NCAA.

Senesky eventually played 8 seasons in the NBA with the then-Philadelphia Warriors. He coached the Warriors from 1955-58. In 1956, the Warriors won the NBA championship under Senesky’s guidance. 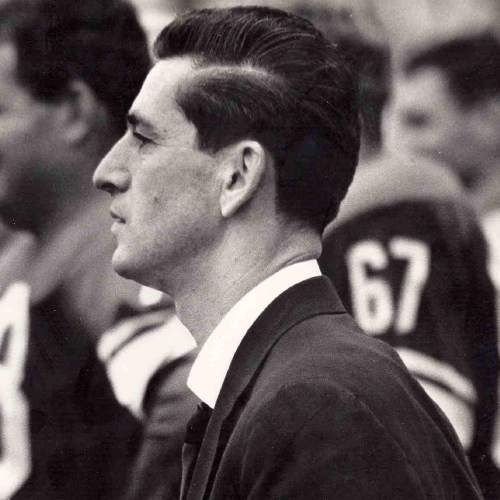 Wolman’s family owned a grocery store in Shenandoah and he worked for it until his father suffered a stroke.

He moved away from Shenandoah and joined the Merchant Marines before returning to the coal region. Eventually, Wolman found himself in Washington DC as a real estate developer.

In 1963, Wolman paid just more than $5 million to buy the Philadephia Eagles. He was also an early stakeholder in the Philadelphia Flyers. Rautzhan was born in Pottsville and played from 1977-79 with the LA Dodgers and Milwaukee Brewers.

The Dodgers drafted Rautzhan right out of high school soon after pitching a perfect game.

In the 1977 National League Championship series, Rautzhan got the win in a Game 3 victory over the Phillies. The Ashland-born Hurst umpired professional baseball from 1891 to 1909. His claim to fame is that he liked to settle player disputes on his own rather than allow the league to handle it. That sometimes included getting into fights with players. Another stellar athlete from Mahanoy City, Dugan was once considered the best defensive third-basemen in professional baseball. It wasn’t his fielding prowess earning him the nickname “Jumping Joe” Dugan. Instead, Dugan got the nickname because he often left his first team, the Philadelphia Athletics, after emotional outbursts. A legend in the harness racing community, the Pottsville-born Bergstein is the first member of the United States Harness Racing Hall of Fame. He served as VP of the Harness Tracks of America for more than 50 years until 2011. He died that year, at the age of 87, in Arizona. A standout for the Pottsville Area baseball and basketball teams, Nabholz continued to have a stellar career at Towson State University.

Nabholz was selected in the MLB draft first in 1985 by the Cleveland Indians and then 3 years later by the Montreal Expos in the second round of the ’88 draft. The lefty’s first year in the pros was his best, by far. He posted a 6-2 record and 2.83 ERA for the 1990 Expos. Born in 1860 in Shenandoah, Powell is best known for his baseball innovation still in use today.

Powell allegedly is the first person to use a tarp to cover a field during a rain storm. This revolutionized baseball at the time, which had been prone to rain outs. Powell is falsely credited with inventing the “rain check” for washed out games. He also didn’t invent Ladies Day at the ballpark, as some legends suggest. Born in Minersville, this hall of fame billiards legend went by the nickname The Meatman. Ben Houser, born in Frackville, was one of the first coal region players to suit up for the Philadelphia Athletics. Houser also spent time with the Boston Rustlers and Boston Braves.

In 1912, his third and final season in professional baseball, he tied for 8th place in home runs with 8. Among McCloskey’s many basketball achievements, he’s considered the “architect” of the Detroit Pistons Bad Boy era in the NBA, featuring players like Isaiah Thomas, Bill Laimbeer, and Dennis Rodman. Boley, born and died in Mahanoy City, was teammates with Quinn on the famous 1929 Philadelphia A’s championship team. He won another title with the A’s in 1931.