Soldiers from Pottsville, part of the First Defenders, were among the first to join the fight for the Union in the Civil War.

So, it makes sense that those among us currently enlisted in the Armed Forces would be first up to join the new Space Force. 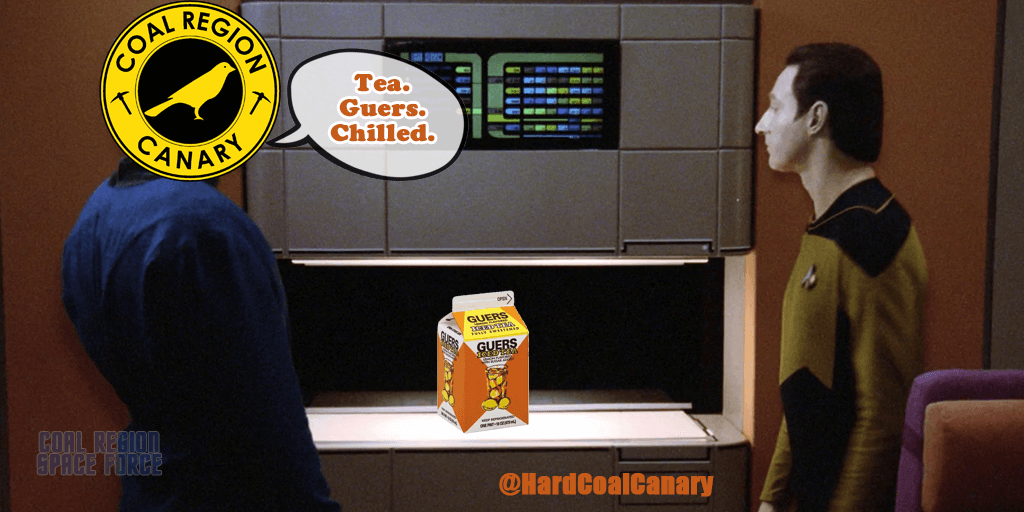 No matter where we go, we need our survival staples. No, not bread, milk, and eggs. We need Guers, beers, and a cigarette behind our ears.

Assuming the Space Force has replicators on board all its space vehicles, we should be OK to leave Earth on our galaxy-hopping missions.

That replicator can get anything in our hands at our command.

Need a Guers tea? Just order it from the replicator … “Tea. Guers. Chilled.”

Those who enjoy Guers tea served hot need not apply.

Demanding tea in space is Captain-level activity, of course.

The Enterprise’s most famous leader, Capt. Jean Luc Picard was known for his tea affinity.

It kinda became a meme, too. What doesn’t become a meme? MORE FROM THE SCHUYLKILL COUNTY DEPT OF MEMES