How Many of Your Friends Signed Up to Storm Area 51?
Advertisement https://pagead2.googlesyndication.com/pagead/js/adsbygoogle.js?client=ca-pub-1658728627906147 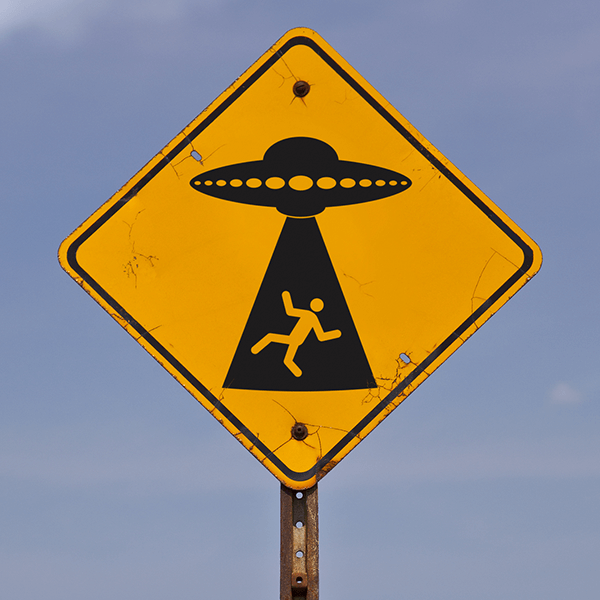 Are you going to Storm Area 51?

Or are you like, “What’s up with this alien thing I’m hearing about?”

Do yourself a favor and go to your Facebooks and look at this: Storm Area 51, They Can’t Stop All of Us Tell us how many of your “Friends” you see that have marked themselves as “Going” and how many are “Interested”?

As you see, there are more than 1.2 million people who’ve declared themselves in for this storming of Area 51. It’s more than likely that some of your “Friends” are down with the mission.

Are you now considering their future on your list of Friends? Mute, maybe?

Storm Area 51, They Can’t Stop All of Us

Of course, this isn’t serious. At least it’s not supposed to be. But for some reason, it started getting a lot of media attention recently. The amount of people who’ve signed up for it at least doubled since our buddy at Coal Speaker wrote about it on Monday.  No, he’s not solely responsible for the uptick in interest … or is he???

But the attention apparently required someone in the press to ask about it and if the Air Force — since Area 51 is an active Air Force base in Nevada — is taking it seriously.

But luckily this is a fake-out. At least we hope the more than 1 million people aren’t actually serious. Not even a fraction would be a good sign, right?

One key sign this is a fake: The event is hosted by a group called Shitposting cause im in shambles. It’s a place for therapy via posting total nonsense, aka a shitpost. Let’s just keep it at fun, though, OK? If you’ve got friends interested or actually going to the Area 51 invasion in September, tell them to reconsider. After all, if the Air Force balks on gunning everyone down in a hellfire of bullets, they could just let everyone know their fears were always warranted: But then, we have to wonder, what if the citizens’ invasion on Area 51 is a success and we release the aliens from captivity? What do we do then? We wondered what someone from the coal region’s motivation could be for joining the fight to storm Area 51. But we are not going to be surprised when you tell us, “Twelve of my friends signed up.”

After all, we’re a little different here. And we’re up for any sort of mission like that.

Did you know there have been 4 reported UFO sightings in Schuylkill County in the last nearly 30 years? According to information culled from a UFO sightings database, the 4 incidents have been reported between 1991 and 2015.

In one sighting outside Saint Clair, someone reported seeing “orange orbs” in the sky.

A Pottsville resident reported seeing an “orange light moving slowly across the sky” in another incident.

Closer to Orwigsburg and Schuylkill Haven, a report on the database shows “Three people that seen [sic] a very brite [sic] glowing aircraft shoot across the sky.”

And in a fourth incident just south of Orwigsburg, someone once reported seeing a “fiery orb in the night sky.”