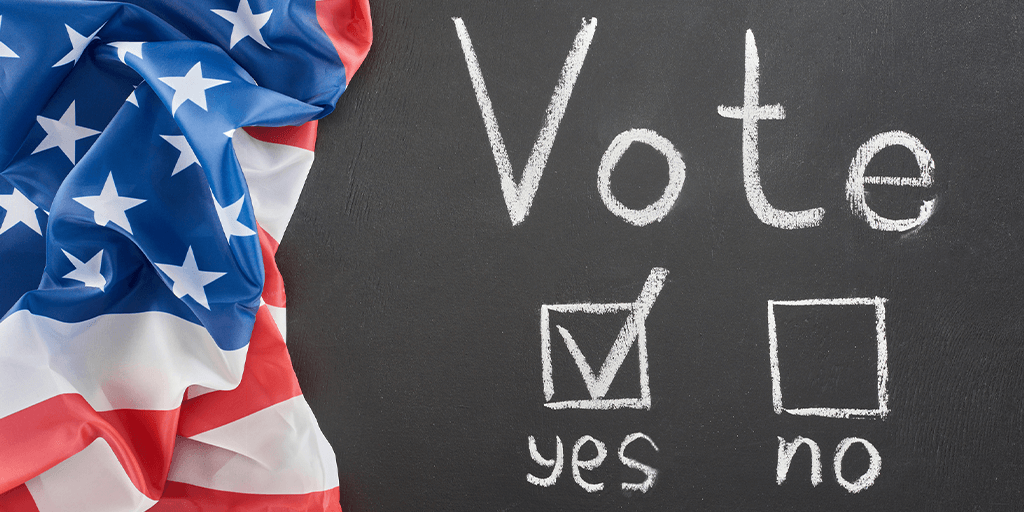 The 2021 Municipal Primary Election is not like most primary elections.

Usually, the primaries are restricted to Republican and Democrat voters. But in 2021, Pennsylvania voters of all stripes can (and should) participate. The Pennsylvania Primary is on May 18, 2021.

There are 3 ballot questions in 2021 and 2 of them deal with the powers of our Governor.

By voting YES on these questions, voters can really rein in the seemingly limitless power Gov. Tom Wolf has wielded during the coronavirus pandemic. But the Governor and his administration is doing everything in its power to try and trick or guilt-trip voters into voting NO on 2 of these 3 questions.

Within questions that could easily be plainly worded is coded language that, if you vote YES, you’d be subverting democracy. You’d basically be one step away from domestic terrorist, he’d have you believe.

But that couldn’t be further from the truth. In fact, when you vote YES on these questions, you’ll be preventing this and a future Pennsylvania Governor from acting the way our current office holder has since March of last year.

Shall the Pennsylvania Constitution be amended to change existing law and increase the power of the General Assembly to unilaterally terminate or extend a disaster emergency declaration—and the powers of Commonwealth agencies to address the disaster regardless of its severity pursuant to that declaration—through passing a concurrent resolution by simple majority, thereby removing the existing check and balance of presenting a resolution to the Governor for approval or disapproval?

The question, as worded, suggests that voting YES would remove some kind of check on the balance of power in Harrisburg. Instead, it does the opposite.

And all you have to do is put the shoes on the other feet and you’ll see why this question deserves a YES vote, no matter your party, or even if you don’t have a party at all.

A vote of YES on this ballot question means that the Pennsylvania General Assembly can terminate an disaster emergency declaration with a simple majority on a concurrent resolution. And most importantly, that vote needn’t go to the Governor, who can veto it.

As the rules state now, the House and Senate can vote to end a disaster emergency declaration but a Governor can veto it. The General Assembly can override that veto but only with a 2/3 majority. Lately, that’s been impossible to achieve in any form of government. That’s exactly what happened last summer and Wolf emerged victorious thanks to a liberal interpretation of the Pennsylvania Constitution that required the GA’s vote to be taken to the Governor for approval or veto.

Note, the question would allow the General Assembly to end the disaster emergency it doesn’t say they will or are required to do it. But if they – our elected representatives – feel it’s necessary or that a disaster emergency is no longer necessary, they should be able to vote that way.

Not only is that absolutely a check on the balance of power, voting yes would force both Republicans and Democrats to work together more often.

So far, through the entire pandemic, Pennsylvania’s fate has been solely in Wolf’s hands and at the mercy of his mandates and executive orders. No matter what the situation, that’s not how our government works.

The next question is riddled with the same amount of guilt as the first, too.

Voting YES on this question changes the rules of Disaster Emergency declaration. Right now, Tom Wolf is on a pattern of declaring 90-day disaster periods. To extend it, all he has to do is just say so. No one, literally no one in Pennsylvania, can stop him unless the General Assembly achieves that 2/3 majority to potentially override his veto on a vote to end a Disaster Emergency.

If YES wins on the Primary ballot, this and future Pennsylvania Governors can only issue a Disaster Emergency declaration for a period of 21 days. It would not be able to get extended without a concurrent resolution from the General Assembly.

At no point during the coronavirus pandemic has the Republican majority General Assembly in Harrisburg indicated that they’d do anything to endanger the lives of Pennsylvanians. If anything, they’ve indicated they’d allow Pennsylvanians to have a little more freedom to assess their own risks while not intentionally tanking the economy with the firm belief the federal government would come around to bail us out a year later.

Imagine the Shoe on the Other Foot

Right now, Tom Wolf is acting out of paranoia. He’s insulted that these questions would appear on the ballot and that Pennsylvanians might have the audacity to strip him of his executive powers. Wolf clearly knows Pennsylvanians are going to vote YES.

But what he’s failing to see, and something that many Democrat voters are likely to see, is that if the roles were reversed and a Republican Governor presided over a Democrat-majority General Assembly, his party would be singing the same tune about unchecked power that Republicans have sung for a year now.

It’s time to tell Tom Wolf HIS pandemic is over and it’s about time more Pennsylvanians had a meaningful role in the state’s way out of the pandemic.

We mentioned a third question. This one has no coded language. It’s the only straightforward thing on the ballot in May:

Shall the Pennsylvania Constitution be amended by adding a new section providing that equality of rights under the law shall not be denied or abridged because of an individual’s race or ethnicity?