Schuylkill County Woman Climbed on Roof, Cursed Out People Trying to Get Her Down
Advertisement https://pagead2.googlesyndication.com/pagead/js/adsbygoogle.js?client=ca-pub-1658728627906147 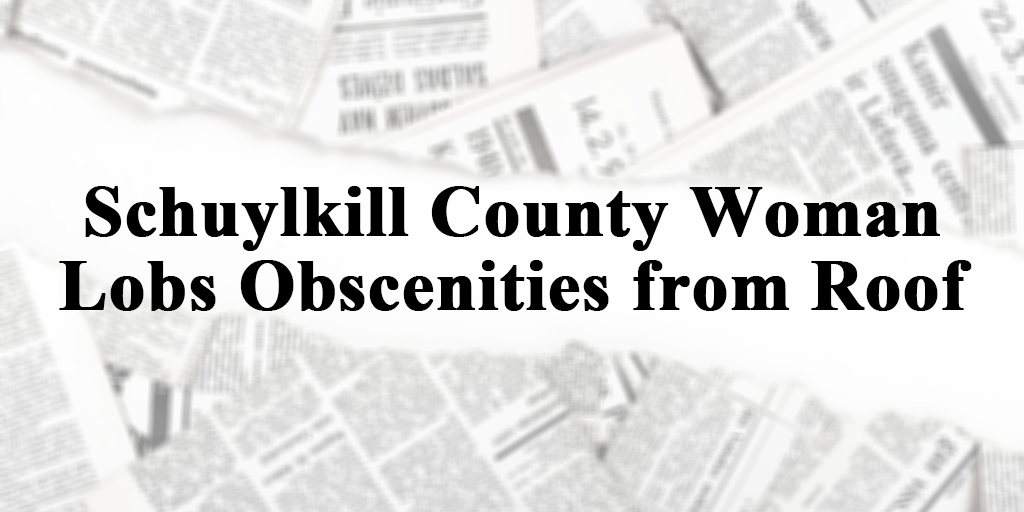 A Schuylkill County woman was recently cited with a disorderly conduct charge after she refused to come down off a roof.

According to information released Monday by State Police in Frackville, the incident happened back on Oct. 30 in Ashland.

They say 39-year-old Victoria Jago climbed onto the roof at a home along West Centre St. Police responded to the incident at about 3 a.m. that morning.

At street level, police and other emergency personnel tried coaxing Jago to come down. But she refused and lobbed obscenities at those trying to help.

Eventually, the Ashland Fire Dept. brought in a ladder truck and brought the woman down from the rooftop.

Police processed Jago and released her to seek medical care.