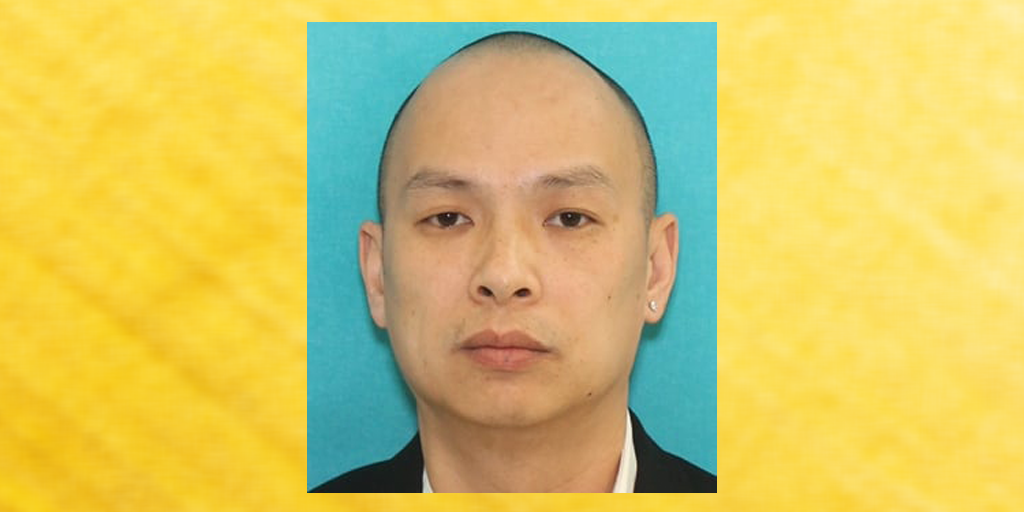 Phong “Jay” Tran – Wanted in connection with the March 2, 2015 murder of Dat Hyunh at a home in Pottsville. (Pottsville PD photo)

Police have obtained a search warrant for 2 men suspected of homicide in the 2015 killing of a Pottsville man.

City police say they’ve already apprehended one of the suspects but another is still on the lam.

Phong “Jay” Tran Wanted in Connection with 2015 Murder in Pottsville

On Tuesday, Pottsville PD announced it arrested 42-year-old Adriell Levor Chambers on Oct. 6 at his home in Minersville, the same day the warrants were acquired. However, they’ve been unable to locate 41-year-old Phong “Jay” Tran, of Philadelphia, for whom they also have a warrant.

Both men are lead suspects in the 2015 killing of Dat “Mike” Hyunh. Hyunh died of multiple gunshot wounds on March 2 of that year, in a residence at 2272 W. Norwegian St. in Pottsville.

In a statement from Pottsville Police Chief Richard Wojciechowsky, Chambers was taken into custody last week without incident. However, local and state police are still working to find Tran. He asks anyone who may know where Tran is to call their local law enforcement agency with his location.

Wojciechowsky says his department worked with Pennsylvania Attorney General Josh Shapiro’s office to secure indictments against Chambers and Tran. He says multiple officers at Pottsville PD have been involved in the case over the last 6½ years, including most recently, Captain Kirk Becker and Sgt. Mark O’Toole, who worked to secure the indictments.

“Our department is very thankful to the AG’s office for collaborating with us during this process for a case that remained open and active until solved,” Wojciechowsky says.

Chambers was arraigned before District Judge James Reiley in Pottsville on Oct. 6. He’s due back in court on Wednesday morning for his preliminary hearing. Reiley denied Chambers bail and had him held at Schuylkill County Prison. He’s facing Homicide and Conspiracy charges.