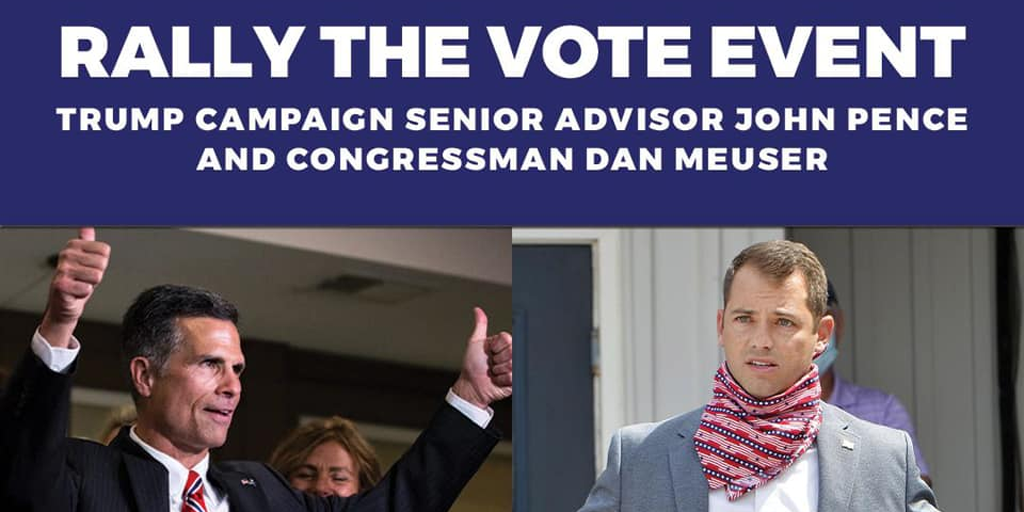 The event will be held at Schuylkill Gun Works, along Route 61-South near Orwigsburg, starting at 1:30 p.m.

Pence is a senior Trump campaign advisor and also the nephew of Vice President Mike Pence.

Meuser is seeking a second term in office this November when he faces off against Democrat Gary Wegman for Pennsylvania’s 9th Congressional District. Here’s some video from the Erie Times-News when Pence was on the campaign trail there in support of the President:

In case you’re not familiar with where Schuylkill Gun Works is located, follow Route 61 South through Schuylkill Haven. The business is located on the right side of the highway (going south) just before the jug handle turning into Orwigsburg.

Schuylkill Gun Works was host to a small Trump flag rally back in September.

Trump should coast to victory over Democrat Joe Biden in Schuylkill County. In 2016, Trump walloped Hillary Clinton 70% to 26.7%.