Pottsville Shooting Suspect Back on Facebook ... No Beach Pics Though
Advertisement https://pagead2.googlesyndication.com/pagead/js/adsbygoogle.js?client=ca-pub-1658728627906147 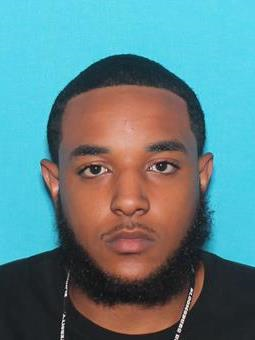 The man Pottsville police seek in connection with a shooting on July 13 in the city is back on Facebook. But we don’t know if he’s back from the shore.

And according to court records, Isaiah Samuels’ case remains inactive … meaning he hasn’t been physically arrested yet.

Just hours after Isaiah Samuels allegedly shot at a group of people in Pottsville’s Fifth Ward – near Third and Harrison streets – he apparently skipped town.

Before we knew that, Pottsville police successfully secured a warrant for Samuels’ arrest after the incident. They’re charging with felony illegal gun possession among other charges. It’s still unknown and unlikely someone was hit by anything Samuels may have shot from a gun.

But after they got the warrant, the trail on Samuels went cold.

I’m at the Beach!

That is, of course, he turned up on Facebook and let everyone know where he was. Samuels claimed he was at the beach and would turn himself into police when he got back. In the since-deleted Facebook post above, Samuels also maintains his innocence in the matter.

Well, either he’s on a vacation that would make anyone not facing a felony gun charge jealous, or it appears Samuels isn’t going to turn himself in.

Even though he’s yet to turn himself in as he proclaimed on Facebook a couple weeks ago, Samuels is back on social media.

Seemingly unfazed by it all for some reason, Samuels is posting just run-of-the-mill posts for someone in their mid-20s. And in anything made public, he’s not addressed the shooting.

These posts are interesting.

Of course, let’s be clear here. We believe in innocent until proven otherwise. And that is the case here.

This is all just very odd.