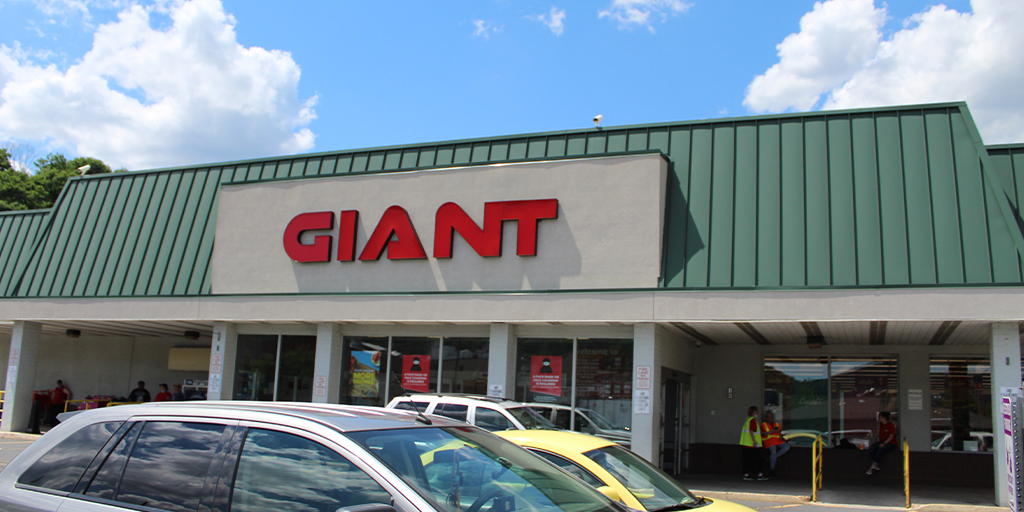 Reliable sources say the motion to spend the money to purchase the lot on which the former GIANT sits in Pottsville will come up at the Commissioners regular board meeting, starting at 10 a.m.

<< UPDATE: We’ve learned that Commissioners will give Administrator Gary Bender permission to negotiate on a deal to buy the property. The County plans to float an 8-year loan for the money to purchase the property rather than use part of Schuylkill’s CARES Act funds.

If Bender doesn’t feel the County is getting a good price on the property, the sale is not a guarantee. Commissioners will set a limit for the purchase but it’s not known what that limit is currently.

And the County will opt to use this property, if it’s successful in buying it, as a place for storage and several offices, including the new home of the Schuylkill County Coroner’s Office. >>

Wednesday’s meeting is physically closed to the public as Schuylkill County still has the Courthouse closed to the general public due to pandemic restrictions. The public must follow along with the meeting through Zoom. That can be joined via Zoom or by dialing 301-715-8592 and then entering the Meeting ID# 982 2904 2739 followed by the # key.

The purchase of the former GIANT store and parking lot was not included in the meeting Agenda released to the public earlier Tuesday. It will come up under the Commissioners infamous “New New Business” portion of the Agenda.

What’s not known is how much Schuylkill County is committed to spending on this 2.1-acre parcel. The County previously rejected a Right to Know request seeking the appraised value of the property that was ordered earlier this year.

Unless sentiment has changed, expect a 2-1 vote in favor of purchasing the former GIANT lot with Democrat Commissioner Gary Hess being the dissenting vote.

The decision will happen against a backdrop of public outrage. Not only have the Commissioners been inundated with weekly calls and chastising over its plan to purchase the property, there is legislation in process in Harrisburg that would prevent future purchases like this from happening.

For several months now, Commissioners heard from local business executives and advocates as well as elected officials with the City of Pottsville and at the state level about their disapproval of this plan.

Everyone from Pottsville Mayor Jim Muldowney to State Sen. Dave Argall have tried to persuade the Commissioners from making what they believes is a big mistake.

Pottsville wants the property to hit the open market with the hope it attracts a business investor. It’s targeted that portion of its downtown for revitalization, too. And the City believes a pre-release prison at that location would severely hinder those efforts.

State Rep. Mike Tobash previously envisioned the much-maligned idea of a pre-release prison at this site and a potential dedication of the building. He told Schuylkill County Commissioners to keep his name off it.

As predicted after our initial report on the County’s controversial plan to buy the property, the public got little warning about this purchase. The public will know after the decision’s been made with little or no debate or open discussion on the matter.

The Commissioners in favor of making this deal go forward – Republicans Boots Hetherington and George Halcovage – have said next to nothing outside of a few comments to other media outlets. Nothing’s been said during a public meeting since the idea was first floated back in July.

Here’s a look at the Agenda for the Sept. 23 Schuylkill County Commissioners meeting. You’ll notice that this item is not included. And by keeping it off the Agenda, Commissioners can try and hide behind their new rule of not allowing Public Comment on non-Agenda items to hear any backlash on this topic.

By the time the second, free-for-all Public Comment portion of the meeting, the vote on this purchase will have already happened: AGENDA 9-23-20 PUBLIC