Check Out Our Exclusive Q&A with Elizabeth Warren Memes

Elizabeth Warren is running for President. And there may not be enough memes. With all the hullabaloo over other new candidates entering the 2020 Democrat field, you almost forget that Elizabeth Warren has already thrown her beads in the ring.

We almost can’t wait for the debates to start. This lady — like many of the other candidates she’s running against — are walking memes.

What ridiculous storyline do you choose? You have so many choices.

Let’s go with the obvious:

ALSO READ: She can’t run for President but her memes are winning the internet.

Will Warren come away with the Democrat nomination? It seems unlikely at this point. She’s a running mate, surely.

But that means Trump may get the shot at her he so richly deserves. Until that time comes, these will be the best Elizabeth Warren memes on the internet:

Let’s get acquainted. Coal Region Canary tracked down Elizabeth Warren memes to get her take on a few issues before she embarks on some nationwide tour. Coal Region Canary: Nice to meet you. Pardon us for saying this, but we can’t help but notice those beautiful high cheekbones. I don’t mean to offend, but are you part-Native American? Like even just a small very small fraction? Coal Region Canary: We knew it! You can definitely tell by the cheekbones. But it doesn’t seem like much to brag about. You’re barely an Indian. Coal Region Canary: So, you’re representing the commonwealth of Massachusetts. That’s great. We represent a commonwealth, too. You know, there aren’t many of us left.

Coal Region Canary: Hmm, that’s odd to say. You seem fixated on this 1/1024th figure. A lot of people probably wouldn’t see that as vindication for whatever it is you’re doing. Is there a reason you’re fixated on promoting this statistical blip? Coal Region Canary: Now, it makes sense. There’s at least a chance you’re an Indian. You’ve got no chance at becoming the next President.

Surely this public relations gaffe — and the fact that you used this non-existent heritage to gain employment — can’t be the only thing that makes you non-President material. Where are you on the big issues you rail against in front of cameras? Coal Region Canary: Yikes! OK, no one is perfect. Sometimes you’re back’s to the wall on certain issues. Let’s call this a one-off. Coal Region Canary: Running out of patience to hear your story, Senator. Three strikes and you’re out? Coal Region Canary: Well, Senator, we don’t know what to say. Maybe you can do some sort of live chat online. Like a Facetime of Facebook Live. Have you considered trying to be hip? Coal Region Canary: Wow! We don’t think that’s appropriate, Mrs. Warr … oh, that’s right. You can do that because you’re one of them. Carry on … Coal Region Canary:  With a game this fresh, you need a nickname, Senator. President Trump has a few for you already. Any you’re partial, too? 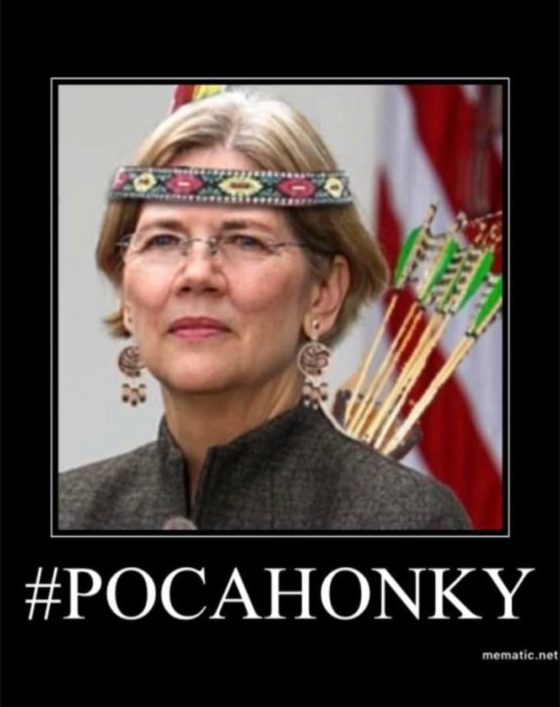 Coal Region Canary: That seems like you’re playing right into the President’s hands, Mrs. Warren. Are you worried this could get nasty?